January 12 not only marked Karen New Year, but also the first anniversary of the Karen National Union’s (KNU) ceasefire with the Burmese Government. That makes it the longest running truce in the six decades old struggle. This is a cause for optimism. Yet a ceasefire is not an end in itself, peace requires a sustainable and equitable settlement.

It is still far from clear that that the current truce will provide that. Some of the signs are encouraging; both parties appear to recognize the need to provide a code of conduct for the ceasefire and a clear framework for future talks. However, the peace process currently lacks two elements vital to success. The first is the presence of an external mediator to oversee the talks. The second is a monitor to ensure that conditions of the ceasefire are honoured. The KNU has already expressed its support for this mode of negotiation, while Naypyidaw appears to be reluctant. The international community, particularly the United States, have an obligation to persuade the Government to change track.

In September 2012 the KNU and representatives of the Burmese government reached a verbal agreement on a ceasefire code of conduct. This code of conduct is understood to set out regulations for both the KNLA and Burmese Army to follow. It includes provisions on troop movements, rationing and access to civilian areas. However, sources from within Karen State report that Burmese Security Forces are consolidating their position in those areas already under their control, this raises doubts over any intention of an overall withdrawal. This is only one of many issues to be resolved. Others include the clearance of landmines and the return of IDP’s to their rational homelands. In the longer term the legal status of the KNU and the future of fighting forces like the KNLA will need to be addressed.

Another matter for concern is the opening of Karen State to an unprecedented level of foreign investment and economic development. This should be a cause for optimism. If properly managed, it represents a real opportunity for the Karen people. However, there are disturbing signs that Karen’s may be denied their fair share in the states development.

These matters are both vast and complex. However, the KNU’s Joint Secretary Padoh Mahn Mahn argues that the real challenge to a lasting peace will be posed by the need to build trust between the two parties after decades of conflict and failed negotiations. Some veteran Burma watchers also feel that Naydyidaw’s paternalistic attitude towards the countries ethnic groups makes it more difficult for it to participate in negotiations in the true spirit of equality.

On January 3 2013 a KNU delegation travelled to Naypiydaw for talks with Burma’s President Then Sein . These talks were notable not just because they elaborated on the detail of the Ceasefire Code of Conduct but also because they resulted in demands by the KNU for the government to cease its offensive in Kachin State as a condition of further negotiations. This not only demonstrates solidarity with the Kachin struggle, but that the KNU recognizes that a lasting peace for the Karen people is most likely to be found in the context of a national settlement. It is also a rejection of the government’s traditional divide and conquers strategy.

The ceasefire itself and the emergence of a code of conduct are encouraging. It shows that both parties recognize the need for a clear and transparent framework and the importance of trust building to the viability of the peace process. However, it is already clear that the ceasefire is at risk due to a lack of compliance. History suggests that real and sustainable gains are only possible with monitoring and enforcement of the ceasefire and that this requires external monitoring.

The KNU’s Joint Secretary Padoh Mahn Mahn, who was part of the recent delegation to Naypiydaw, recognizes the need for both external mediation in the peace negotiations and motoring of the ceasefire. Mahn Mahn’s three stage vision of Peace Making, Peace Keeping and Peace Building, involving a range of actors including ASEAN and the UN, offers the kind of blue print that may turn a fragile truce into a lasting peace. Asked if he felt that the Peace Panel model offered lessons for the KNU, Secretary Mahn Mahn pointed out that although there were the two conflicts were inherently different in nature there are nevertheless points in common, such as a need to find dialogue based solutions that reflect mutual expectations and put a priority on civilian welfare. The Secretary also expressed support on the concept of external mediation.

The decades old struggle between the Karen people and the Burmese Government is littered with failed ceasefires. However, history currently offers a unique opportunity for a settlement. In the past the Burmese Government ignored external calls for restraint and negotiations in its dealings with ethnic minorities. But now, Napiydaw current reforms and associated rehabilitation within the international community presents the opportunity to shape the Burmese Government’s behavior and influence it towards peace. Some of the signs are encouraging, the US has made it clear that it believes that peace and justice is only in possible across Burma once a settlement with all ethnic groups is achieved.

The recent visit of US Ambassador Derek Mitchell to Karen and Mon States to talk with political and civil leaders from all sides about issues relating to the ceasefire is also encouraging. The international community has both an obligation and an interest to promote a lasting peace settlement between the Burmese Government and all ethnic groups. Such a settlement requires the international community to play a mediating role.

*Cameron Hawker is an Australian based Security Analyst and a former lecturer at the Australian Defence Force Academy and Saw Wei Thoo is a journalist and a founding member of www.karennews.org 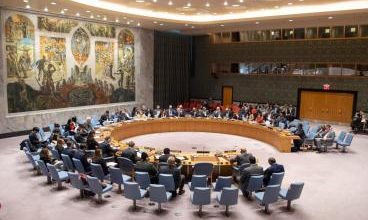 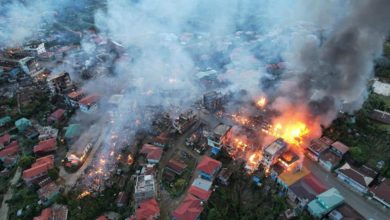