In a show of unity and strength, representatives from 17-armed resistance groups met in Karen State in January for five days to discuss a nationwide ceasefire agreement for Burma.

Karen News reporters took the opportunity to get the opinions of ethnic leaders attending the conference. 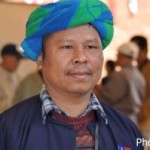 Khun Myint Tun, the chairman of the Pa- O National Liberation Organization (PNLO), in an exclusive interview with Karen News, spoke about the possibility of a nationwide ceasefire.

We respect and value the agreements we reached with the government at both the State level and the Union level. At the same time, we also respect and value the agreement we signed together with other ethnic groups at the Liaza conference held in Kachin State recently. Based on these two accords, therefore, we are now trying to reach an agreement that will be good for the whole nation. 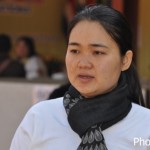 Naw K’ Nyaw Paw, the general secretary of the Karen Women Organization (KWO) in an exclusive interview with Karen News, said that it is important to put the agreement on paper into practice on the ground.

I have the opportunity to attend this second conference of Ethnic armed organizations as an observer from a civil society organization. Although I did not have the opportunity to participate in the discussion, I listened to the leaders discussions. They [ethnic leaders] will go and meet with the government after they have signed the agreement from this conference. Then there will be a nationwide ceasefire agreement signed between the government and ethnic armed groups. From this point, the agreement is still just on the paper. To put it into practice is more important, in order to see what real guarantees there are.

Ethnic nationalities want self-determination, equal rights and a genuine federal union in Burma and it is more significant to prioritize practical work than just signatures on a piece of paper. We are not sure what the result will be after the meeting with the government [scheduled to be held in February], because there will still be more discussions on this agreement with the government. Further, in order to have the genuine federal union that ethnic people want, there is also the issue of constitutional amendment. Therefore, all ethnic groups have to be cautious and at the same time carry on with true-hearted.

It is good that from this ethnic conference agreement, there will be a nationwide ceasefire agreement with the government. However, what I would like to say is that women’s issues should not be forgotten. Only three women participated in this conference while the rest were attending the conference as observers. Obviously, women are more vulnerable in conflict areas as everybody knows. Therefore, I would like to urge all ethnic groups also to give the women opportunities to participate in whatever meetings occur in the future and pay the attention to their voices. 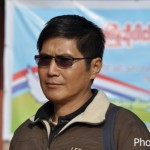 Colonel Sai Hla, the joint secretary of the Restoration Council of Shan State (RCSS), in an exclusive interview with Karen News said that it is important that the ceasefire agreements move on to political dialogue.

It is not important whether we are going to sign this agreement or not because we have already had discussions with the NCCT team that we are ready to sign an agreement when the nationwide ceasefire agreement drafted by NCCT is agreed to by the government. There is also a nine-point principle for political dialogue drafted by NCCT. For us, it is important to discuss the issue of equal rights, a genuine federal union, self-determination, democracy and human rights. 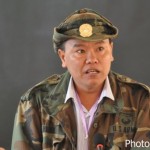 Colonel San Aung, tactical commander of the Democratic Karen Benevolence Army (DKBA), in an exclusive interview with Karen News, said that any agreement signed needs to guarantee the equal rights and self-determination for ethnic nationalities.

Ethnic leaders have been brought up in the land of revolution with the foods from revolution. We feel like our experiences throughout history would be gone if we got rid of the word [revolution]. Many of leaders from revolution areas have sacrificed their blood and lives. There were also many of them who lost their physical parts including hands and legs. It would be hundred of thousands if we could recount it. Therefore, if we eradicate the usage of words term revolution, the revolutionary armies who had sacrificed their lives will be put the blame as we are unfaithful and will swear at us as we eradicate and misused the name of revolution they had sacrificed with their lives. So for us, we don’t want to lose the name and dignity of the term revolution.

We are not going to sign the nationwide ceasefire agreement with our eyes closed. We will only sign it if there is a guarantee for the equal rights and self-determination of ethnic nationalities. This is the position of the DKBA. There were several agreements that had been signed but without success and effectiveness in the past. It is not a big deal to sign the agreement if there is a guarantee of equal rights and self-determination for us. We need to see what political guarantees the government will secure for our ethnic people before signing the agreement.

I think there will be quick progress if there is a guarantee of equal rights and self-determination. At the moment, the people of Burma are demanding for the abolishment of Article 18 and amendment to the 2008 constitution, but nothing has happened yet. Therefore, we need to make sure everything is in order before signing the agreement as we have been tricked in the past. We don’t want to suffer the tricks like our past generations. We don’t want to be reckless. 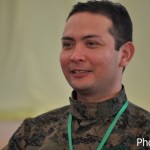 Brigadier General Tun Myat Naing, the chief-of-staff of the Arakan Army spoke to Karen News and said that a lot of encouraging steps are being made, but there are still many things to be done in order to build a lasting peace in the country.

This is an important conference for ethnic people. It is a significant step to discuss thoroughly the (11) points of nationwide ceasefire agreement drafted from the ethnic armed organization conference held in last year November at Laiza, in Kachin state. Our ethnic nationalities really want peace. Peace is important for everyone. For our Arakan organization, we have never had dialogue with the current government, but having dialogue or not having dialogue is not important. We are determined to cooperate with our ethnic brothers and carry out the political dialogue. We have been working based on this principle.

Each ethnic nationality has different organizations. For example, our Arakan group is now sitting together with three different organizations to discuss our national affairs. The Karen ethnic organization is also doing the same. It is a good indication for the peace and for moving toward peace building. Four different smaller ethnic groups from Shan state are also coordinating as one organization. There are many cooperation signs like these being made in progress.

Many things still need to be done for our ethnic people after we have signed the agreement. We can work together if the [government] approach us with respect and with dignity, otherwise we will fight back if they don’t treat us fairly. We still have to do many things in our country. For example, return refugees in Karen State, rebuilding the country, monitoring of troops activities on both sides. We [Arakan] also have many things to do such as systematically protecting and dealing with current conflicts in Arakan areas and we still need to do many preparations for our next generations.

As the International Community Turns Away, World-wide Karen Solidarity is Needed in Karen State