The Karen National Union Mutraw district office recorded that from the beginning of November, a total of 32 Burma Army soldiers, including a battalion commander and a company commander were killed and 56 wounded in the fighting – the KNLA reported zero casualties.

The increased fighting has local villagers worried they will be displaced by the fighting. The villagers’ concerns are well founded as Burma Army airstrikes and ground offensives in April this year forced 7,000 forced people in Mutraw district from their homes.

The Burma Army reinforcements and supplies sent to its troops in the Karen National Union controlled Mutraw (Papun) district was the cause of fighting, according the KNU’s Mutraw district news released on November 16, 2021. It also said that fighting between the KNLA’s 5th Brigade and the Burma Army and BGF joint forces occur daily.

Colonel Htoo Ka Shaw, tactical commander for the KNLA 5th Brigade confirmed to Karen News the Burma Army’s increased operations in the area was the cause of armed clashes.

“Fighting is now everyday. Especially in the areas between Papun and Kamamaung in Dweh Lo Township. The Burma Army sending more troops to the area has increased so armed clashes have also increased.”

Colonel Htoo Ka Shaw said at the end of the wet season and the beginning of the dry season is when roads allow more mobility the Burma Army are sending food rations and military supplies to their frontline bases in preparation for attacks.

“The Burma Army plan is to resupply frontline bases with munitions, food and other supplies. This is a sign we know well – it usually means reinforcements and supplies are in preparation for an offensive against us. We have to defend ourselves now, because if we don’t, they will completely resupply their food and military supplies unchallenged and then start their offensive against us.”

The KNLA reported they had killed 14 Burma Army and wounded 21 soldiers during the five clashes in the Taung Thone Lone area. 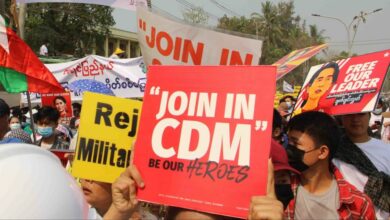 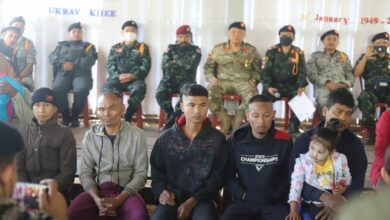