The IKO said recent Burma Army attacks were responsible for the deaths of Karen civilians.

“At least thirteen people, including two children, have been killed in increased attacks by the Burmese military, which are taking place in several different parts of Karen State, worsening the human rights and humanitarian crisis in the country.”

The military-appointed State Administration Council ordered its fighter jets to bombard villages close to the Thai Burma border last week that resulted in a number of civilian deaths, including two monks.

Village eyewitnesses on both sides of the border expressed their deep concern to Karen News.

Ban Wale schools on the Thai side closed and teachers rushed their students to safety as Burma jets circled overhead before returning to Burma to attack villages.

The International Karen Organisation in its statement said it “believes the international community is doing too little too late to respond to the crisis. The response is too slow both in terms of responding to the humanitarian crisis and in imposing targeted sanctions to limit the ability of the Burmese military to carry out attacks.”

The IKO pointed out airstrikes are a constant reality in Dooplaya, Karen State. IKO said “the Burmese military are using drones on a daily basis to identify targets, including civilian targets and IDPs.”

The United Nations Office for the Coordination of Humanitarian Affairs (OCHA) estimates “the number of displaced men, women and children in Myanmar remains above one million. This includes nearly 760,000 people displaced by the conflict and insecurity since the military takeover in February last year.”

These are all war crimes and crimes against humanity. The Burmese military is repeatedly violating international law without facing any significant international response to these crimes.”

The International Karen Organisation said there’s an urgent need for an international response to the escalating attacks by the military-appointed State Administration Council’s ground bombardments and air strikes against civilian targets.

“The slow pace of implementation of sanctions is enabling the military [SAC] to access more money and equipment, which it is using to kill civilians.” 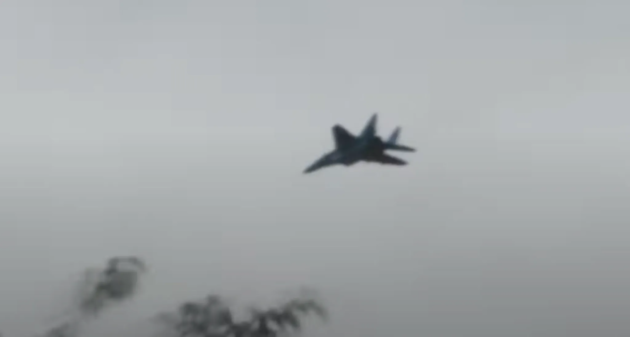 The International Karen Organisation said it welcomed “the latest sanctions imposed by the UK, targeting Burmese arms brokers and Russian aircraft parts suppliers for supplying equipment to the Burmese military. Along with other forms of targeted sanctions this is an effective approach limiting the ability of the Burmese military to carry out violations of international law.”

IKO said, it is alarmed “the USA, Canada and European Union did not join the UK in this latest round of sanctions. At the same time Australia has not introduced any sanctions targeting revenue to the Burmese military and suppliers of arms.

IKO pointed out the time taken to apply the sanctions work is “enabling the military to access more money and equipment, which it is using to kill civilians.”

The International Karen Organisation reported in its statement that “on 24th June, a 25-year-old teacher Naw Dah Dah Aye and her 1-year-old daughter, Naw Win Kyu Paw, were killed by Burmese military artillery shells. This took place in Bilin Township, Doo Tha Htu District (Thaton Township on Burmese map). On 25 June 2022, Burmese military soldiers under Light Infantry Division 44 raided Kaw Kyat Ther village (Htone Bo Lay village in Burmese term) in Doo Tha Htu District. Many houses and shops were destroyed. Civilians were forced to flee the attacks.10 villagers, including a 12 year old girl, were arrested and killed. On the same day, Burmese military troops began to burn down houses in the village. They continued burning the houses the next day until the whole village was completely burnt down to the ground, including schools and a monastery. A disabled man was burnt alive as he couldn’t run to escape.”

The OCHA explained in its June, 2022 report of getting desperately needed humanitarian assistance to displaced communities. OCHA reported “Among the restrictions posed are checkpoints and roadblocks…increasingly slow and complex bureaucratic processes, including delays and denials of Travel Authorizations (TAs), the volatile security situation and increased scrutiny of humanitarian supplies and personnel have further hampered the timely delivery of critical assistance to rising numbers of people in need…overall access to conflict areas remains a challenge especially in areas outside the control of the State Administration Council (SAC).”

The International Karen Organisation said international donors cutting aid budgets to Burma and imposing restrictive reporting processes on community-based-organisations were contributing to the humanitarian crisis’ IKO said; “With more than a million people now displaced and in need of aid, cuts to aid budgets must be reversed and instead increased significantly beyond pre attempted coup level. Donors must also change their approach on how aid is delivered, being prepared to fund cross border aid through community organisations and working with informal civil society groups throughout the country. Unreasonable sourcing and reporting requirements, which are impossible to meet in conflict zones and place unnecessary burdens on civil society organisations must be removed.”

The International Karen Organisation explained “donors must also change their approach on how aid is delivered, being prepared to fund cross border aid through community organisations and working with informal civil society groups throughout the country. Unreasonable sourcing and reporting requirements, which are impossible to meet in conflict zones and place unnecessary burdens on civil society organisations must be removed.”