Fighting broke out between troops from Karen National Liberation Army and the Burma Army in Ler Mu Plaw village tract in Papun (Mutraw) District of Northern Karen State on March 6. The clash caused thousands of villagers in the areas to flee.

“We have not received detail information about the clash, we don’t know all the details yet.”

According to Karen News sources from Mutraw district, the fighting broke out as the Burma Army advanced into KNU controlled areas and began to build road access to their military camp. 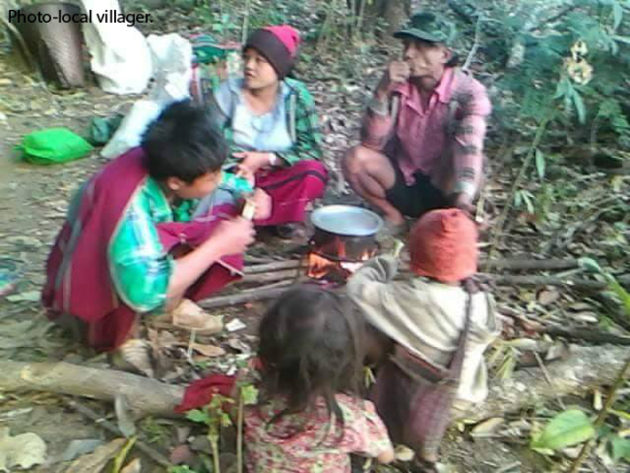 Padoh Saw Robin Moo, secretary of Mutraw district told Karen News that villagers in the areas had fled their villages and are now seeking safety in other nearby areas.

“Since the 5th of March, the Burma Army came in large numbers and had occupied positions in many places in the area.”

“Many of the places they took are cultivation lands belonging to villagers. The villagers were frightened by the Burma Army advancement and fled from their villages.”

“The Burma Army soldiers took their positions surrounding the villages. Gun shots were fired, villagers were afraid and fled to safe places. They [Burma army] insisting on building their road.”

The KNU’s Padoh Saw Robin Moo said that they have reported the incident to District headquarters in order to take steps that would prevent the situation from getting escalating.

“I haven’t received any detail information yet. I just heard about the incident. I am still making inquiry with Papun [officers].”.

There had been four clashes between the KNLA and the Burma Army in Mutraw (Papun) district, since the beginning of 2018.