Karen News photojournalist Saw Mort spent time with landmine casualty Saw LahKyi, a Karen National Liberation Army soldier, who lost both legs when step on a mine in 2009. The Royal Thai Army estimates that the Thai Burma border is the region’s most heavily landmined and according to the 2012 Landmine Monitor Report, Karen State has the most casualties caused by mines.

Saw LahKyi, 40,wasa corporal in the KNLA and says during the fighting in 7th Brigade many KNLA and DKBA soldiers were wounded or killed by landmines.

This year Saw LahKyi’s old commander gave him 300 baht to travel to the refugee camp to renew his artificial leg and said that 300 baht is nothing, and when arrive at the camp it’s soon gone -it can buy one dinner for a family. For the return journey he has to find the money for himself.

Saw LahKyi’s five children and father and his wife live in a refugee camp. Saw LahKyi married when he was 16.Since he had his legs blown off by a landmine Saw LahKyi has had a hard time looking after his family. His wife has to try to find work outside the camp as a daily laborer. His house needs repairing- it needs new bamboo, thatch leaf and needs a wells dug.Saw LahKyi says he depends on his neighbors for assistance to help his family.

Saw LahKyi says he has few options for work now that he is disabled and is grateful that he can still serve in the KNLA as a military post commander. Saw LahKyi, joined the KNLA when he was 20 and now serves in the KNLA 2nd Company in 7th Brigade. He says he is not the only one who has been injured by mines – there are10 soldiers in his company who have had legs blown off.

Saw LahKyi regrets not having an education. “I had no education so I have to work with the KNLA what I can do? My friends with a handicap like me, but who have had education, they can work in the refugee camp.”

Saw LahKyi says when he was young he always had to run because the Burma Army had offensives in his area, “so I had no time to go to school. When I was a boy, I had to support my family by workingon neighbor’s farm taking care of the cows and buffalos.” 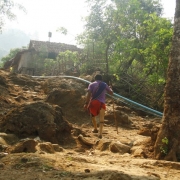 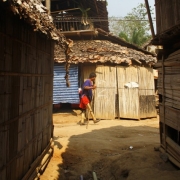 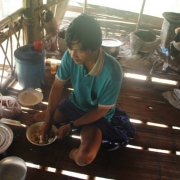 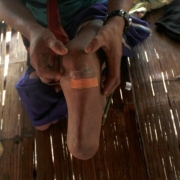 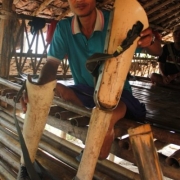 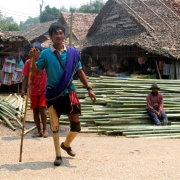 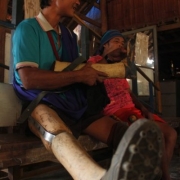 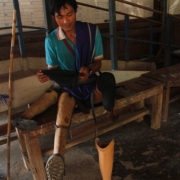 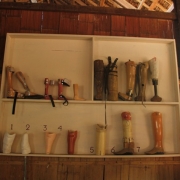 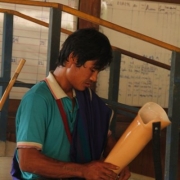 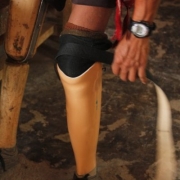 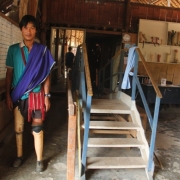 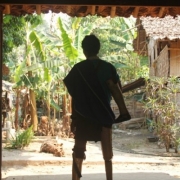 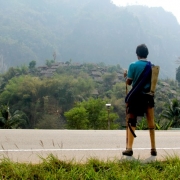