Karen community based organisations have condemned the Asia Highway project for displacing local communities who had the “misfortune of standing in the way of transnational interests” in a report.

The report, entitled ‘Beautiful Words, Ugly Actions: The Asian Highway in Karen State’ documents a range of community concerns regarding the Asia Highway project, which is part of a much larger project linking Burma, Thailand, Cambodia, Vietnam, Malaysia, China and India.

The report included eye-witness accounts of villagers affected by the project. One such villager, named U Saw, said his farm in Kawkareik was ruined after road construction went ahead nearby his home. “They used a lot of clay for road construction and the clay erodes… they are giving us a little compensation and effectively taking a lot of land from us.”

The particular section of the highway being criticised is that linking Burma’s old capital Yangon, with Thailand’s Bangkok, which is part of the Greater Mekong Subregion (GMS) East-West Economic Corridor.

More than 1,000 civilians have been displaced following ongoing conflict between Burma Army and ethnic armed groups over the Asian Highway project, armed clashes occurred over the project as recently as last month. 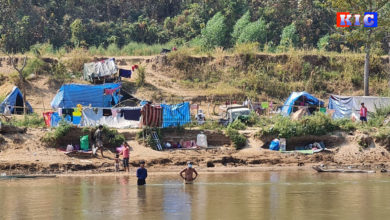 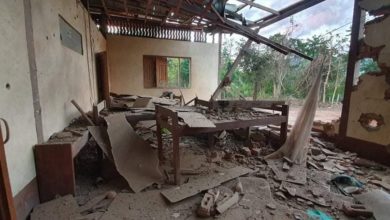